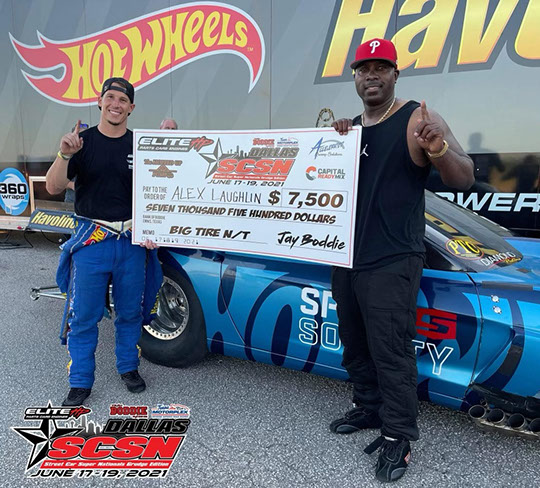 ENNIS, Texas — He's won the NHRA US Nationals, he's won the biggest small-tire races in the country, and now Alex Laughlin has a Street Car Super Nationals victory. The native Texan earned a home-state victory early Sunday morning at the inaugural EliteHP SCSN: Dallas at the Texas Motorplex. As the sun rose at the conclusion of the overnight festival of speed, Laughlin powered his brand-new Hot Wheels Corvette to the win over Dan Myers.

Making the win extra special was the fact it came on Father's Day with his dad onhand, four years after earning the NHRA Pro Stock victory in Bristol, also on Father's Day.

"First win of 2021 and it feels realllll nice!!!" Laughlin said in a post on his verified Instagram account @alexlaughlin40. "We ran the final directly into the sunrise, so that’s a first for me. Huge thanks to Marty Robertson and Elite HP for getting us out here. It’s also rad that it’s the first time to have the car out as a life-size Hot Wheels car too! What a weekend… Seriously, what. a. weekend."

Event promoter Mel Roth was pleased with the race, from the co-promotion from Team Boddie which was key in attracting some of the nation's best racers, to the incredible track prep by Andy Carter's crew.

"One of the things we focus on when we're looking at facilities to host a Street Car Super Nationals race," Roth said, "is the quality of the racing surface. The Texas Motorplex is world-class. Those guys gave us an amazing track and we can't wait to come back!"

All classes were run in grudge, no-time format, with Laughlin winning the Big Tire class. Here are the final-round results for the other classes:

The next Street Car Super Nationals event is SCSN VIII: Radials After Dark at World Wide Technology Raceway outside of St. Louis July 9-10. For more information, visit StreetCarSuperNationals.com or the official SCSN: STL page on Facebook at Facebook.com/SCSNMidwest.

Need Merch?: Can't make it to the track? Want to show your support for the Street Car Super Nationals? Order all your PSCA/SCSN merch by clicking HERE!

Interested in forming a marketing partnership with the Premier Street Car Association and/or the Street Car Super Nationals? Drop Mel Roth an email at Mel@RacePSCA.com!

About the Premier Street Car Association:

In its 22nd season, the Premier Street Car Association, based near Denver, has been a staple of doorslammer drag racing since its inception. With a mixture of heads-up, no-time, and bracket/index classes, the PSCA provides some of the best racing in the country for both fans and racers. The PSCA season is capped off by its Street Car Super Nationals at The Strip at Las Vegas Motor Speedway, now in its 17th year.

Founded in 2007, HighSide Media has represented some of the top drivers, teams, facilities, sponsors, and sanctions in American motorsports. HighSide Media provides public and media relations for racers at every level with tailor-made programs for every budget. Pass YOUR Competition on the HighSide. 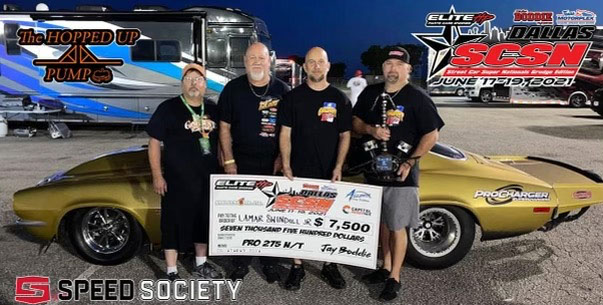 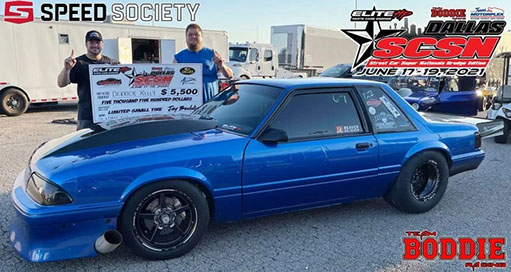 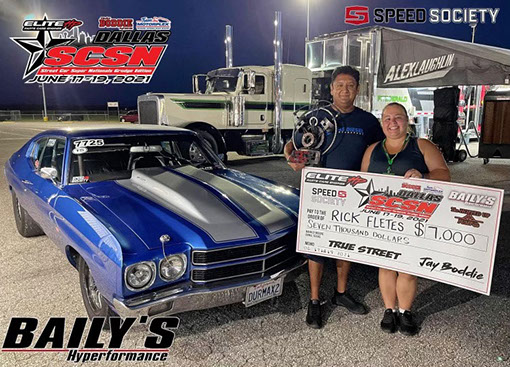